Originally served cold as a dessert in Asia that can be found in many market stalls on the streets, mango sticky rice can be complemented with a lot of other great things to make it perfect as the main star too. 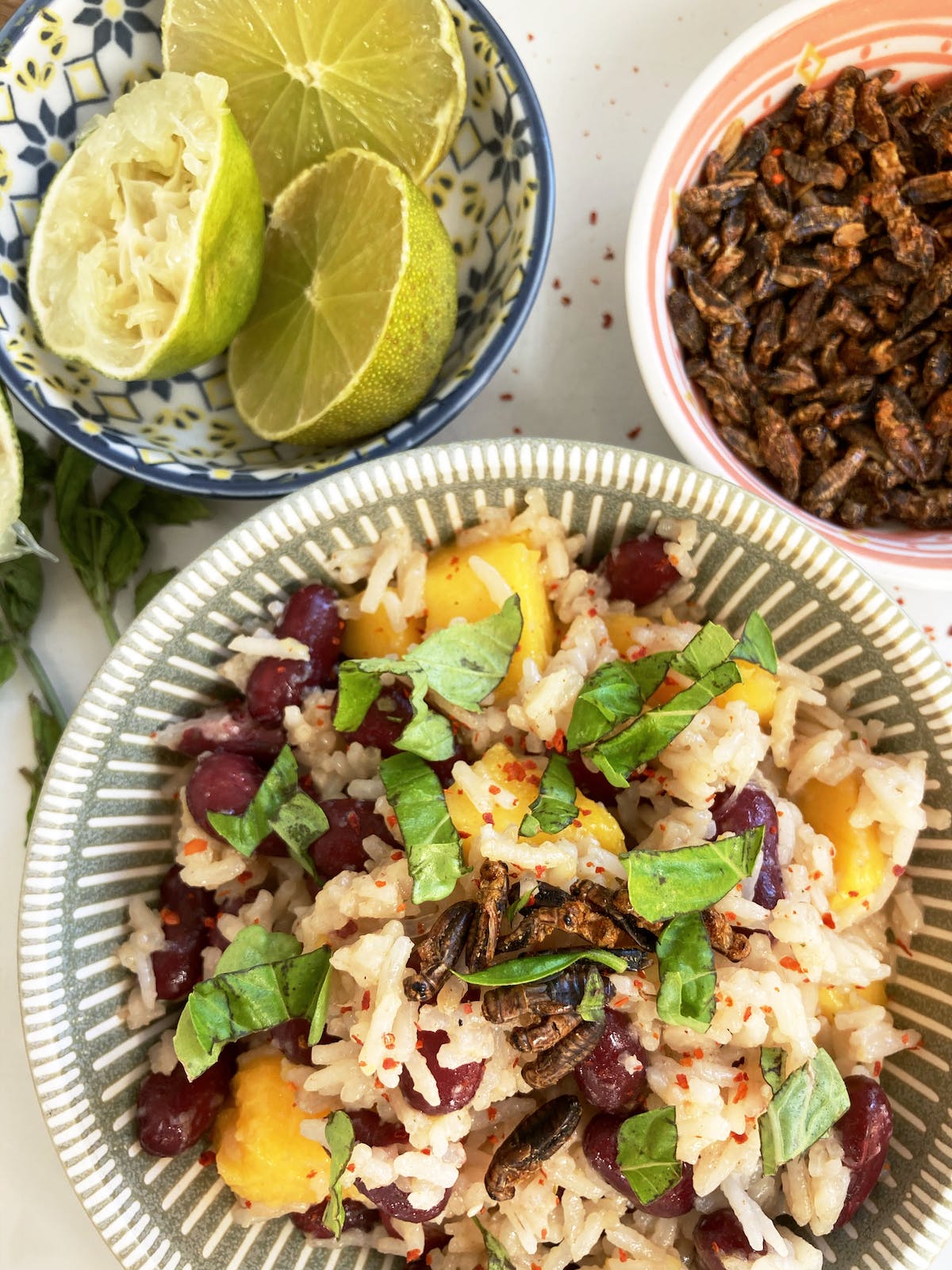 Good artists copy, great artists steal. Originally ascribed to Pablo Picasso and later also used by the infamous Steve Jobs, we consider ourselves great artists too and steal from the best. There is not much about this recipe that we actually invented, we simply used many good things of existing recipes, combined them, added some mealworms and grasshoppers and called it our own! It can be as simple as that.

The first time we ever had mango sticky rice was in Thailand on our trip through South-East Asia from a random market stall on the street. From that point on, we were hooked. The Thai dessert requires only a handful of ingredients: rice, water, coconut milk, salt, sugar and mango. Truth be told: somehow we never managed to make the dessert as tasty as we got it from the street in Thailand, so we might miss some secret but crucial ingredients - let us know if you have the answer.

A couple months after our trip, we went through our favorite recipe book from Bad Manners (previously known as Thug Kitchen, and we highly recommned you check them out) and stumbled upon "Coconut Lime Rice with Red Beans and Mango". How could we have never thought of making that awesome dessert into a potentially even better main dish? So once again, we have taken a recipe from Bad Manners as the base and adapted it a little to make it one of our own favorite recipes around.

Plus: it is also super easy to make and can almost be done as a one-pot recipe. The sticky rice works the best with a short-grain rice since long-grain rice doesn't soak up as much of that delicious coconut milk. Meaning: short-grain rice simply becomes a lot stickier (a little like milk rice for example). Because the beans are done already, and the spring onion should be fresh, it all just needs to be mixed in the end with the mango in the big pot of sticky rice. Other fresh and easy veggies like tomatoes, bean sprouts, or any other bean also work a treat in this recipe to mix it up every now and then. The only thing you need a separate pan for are the insects giving you a dessert with a protein boost that you will never just eat for dessert anymore! 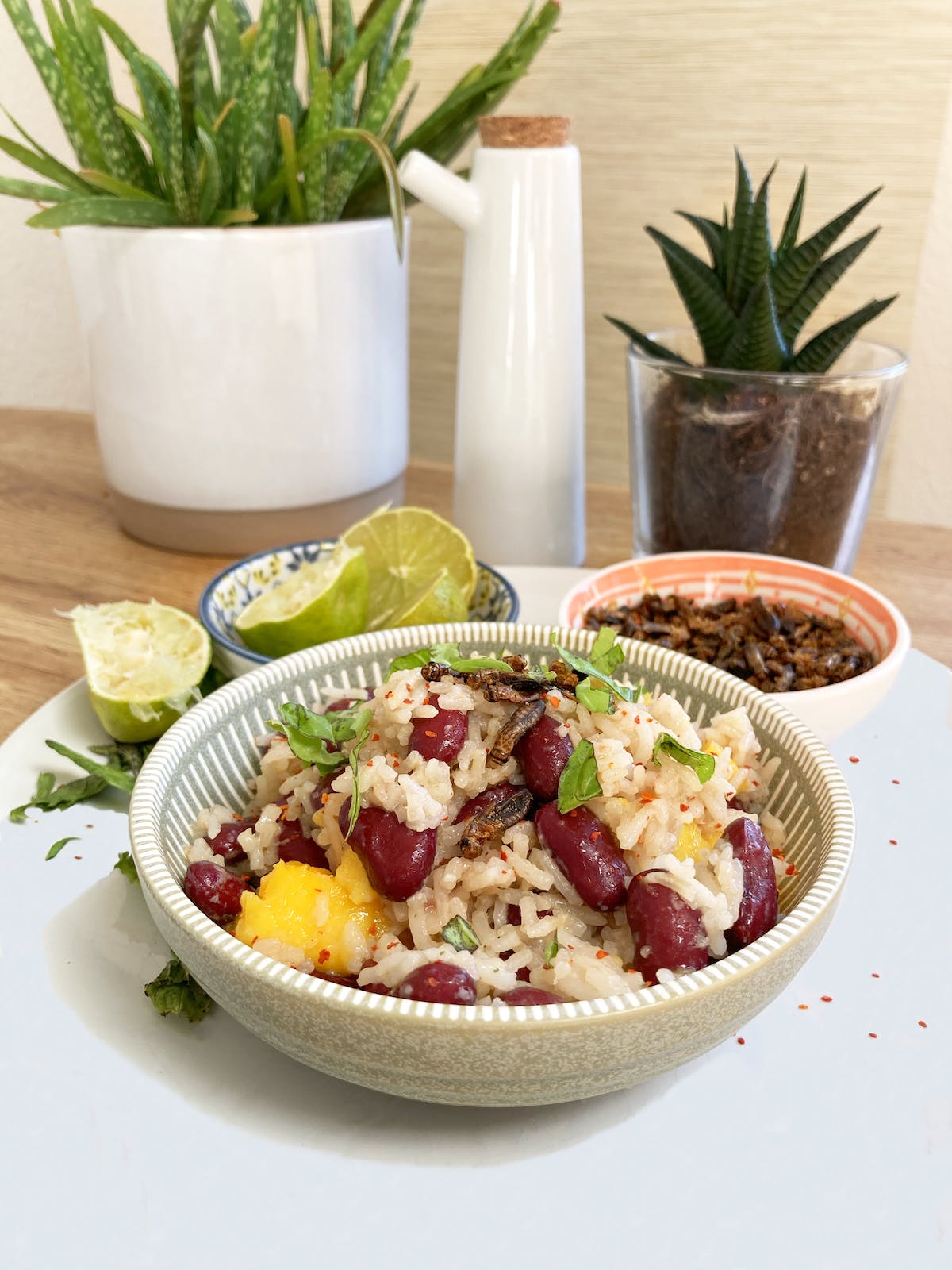