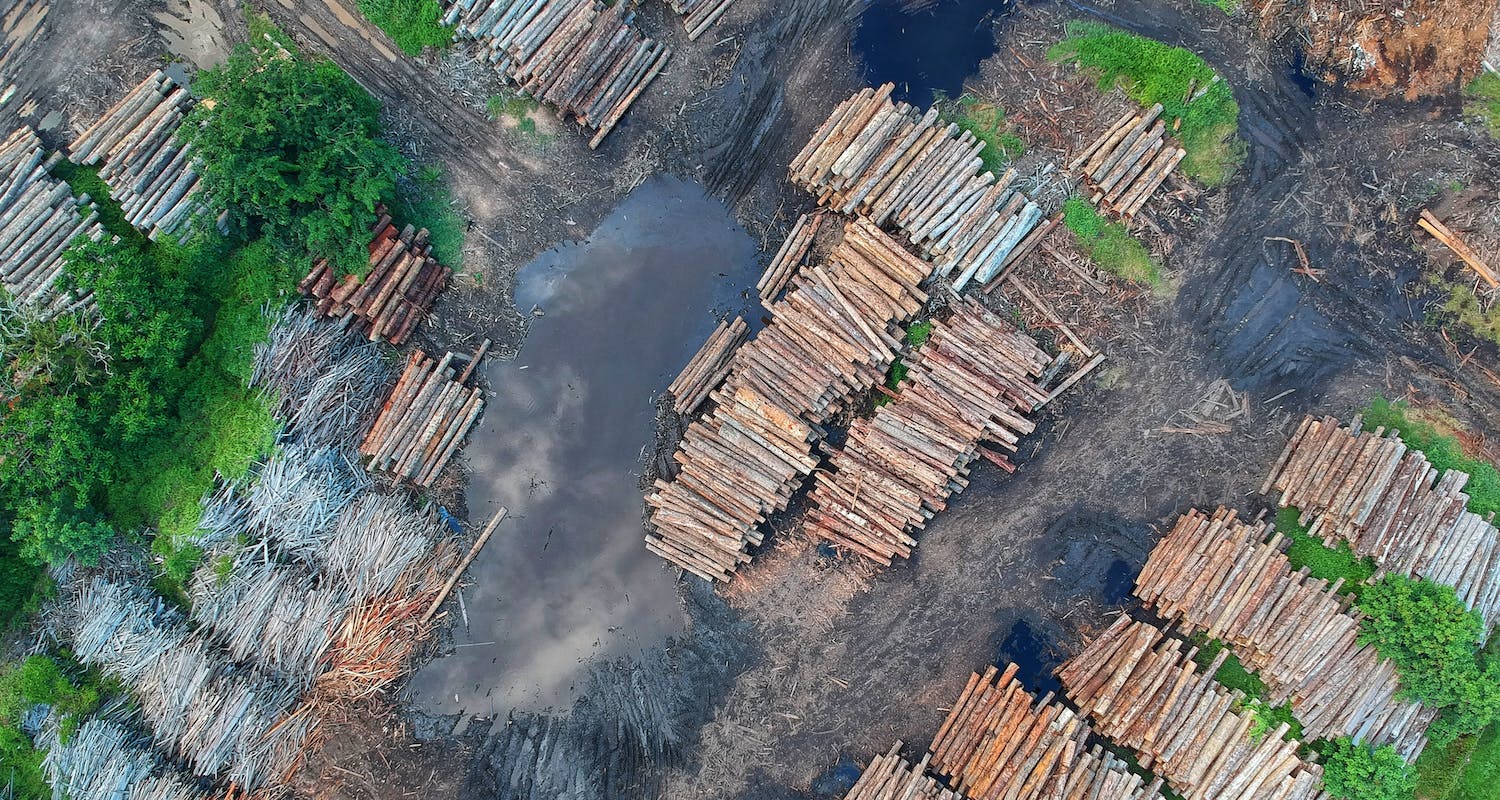 Rainforests are cut down with staggering rates in the last decades.

Part 1 of the problem.

From all the land on earth, about 30 percent is still covered by forests, but this percentage is on an alarming decline over the last decades. According to the World Bank, in the last 25 years we cut down an area of trees that is larger than South Africa: 1.3 million square kilometers [3]. This is bad for a number of reasons: the cutting of trees reduces the total power of absorption, it threatens species that live in the rainforest and even has an impact on global water cycles [2].

Part 2 of the problem.

Major factor in the current deforestation is the agricultural sector. Many forests are cut down to make space for farmable land where either livestock can graze or where food for livestock can be farmed and harvested. In terms of land use, almost one-third of ice-free surfaces on earth are used not to grow crops (e.g. grains, fruits and vegetables) that feed humans but to feed the cows, pigs and other livestock that we then eat [5]. Only one quarter of all agricultural land is currently farmed to feed us directly with crops. But the worst about it, is that that quarter (so the other 77% is used for livestock) supplies more calories and protein for the global population than all of the rest together [6]. Efficiency, anyone?

Part 3 of the problem.

Deforestation and agricultural land almost make up the full picture of the problem at hand. The final touch is provided by the ever-growing global population and the rapidly increasing demand for food that comes with it. Recent estimates predict that in the next 30 years the global population will increase by 2 billion, meaning we will go from 7.7 billion currently to 9.7 billion in 2050 [4]. More importantly, to properly feed all of those people, another estimate says we need to grow 50% more food by then [1]. Simply put: continuing to feed humanity with meat requires more land than available.

Humanity has always been inventive. So maybe we could come up with ways to bioengineer cows to have gills so we can farm them underwater (that would actually be awesome) thereby solving the problem of land scarcity. Or we could find ways to reduce instead of increase the global population over the next 30 years, but that would be not so awesome... But rest assured, because there is a way easier and more humane solution that we could have started with yesterday already: industrializing the edible insect industry. Crickets, for example, require 2000 (!!) times less land than cows to produce the same amount of meat [7].