TL;DR: Providing the health benefits of insects and a neutral taste, Swarm Protein bars are a good starter product to familiarize yourself with edible insects. 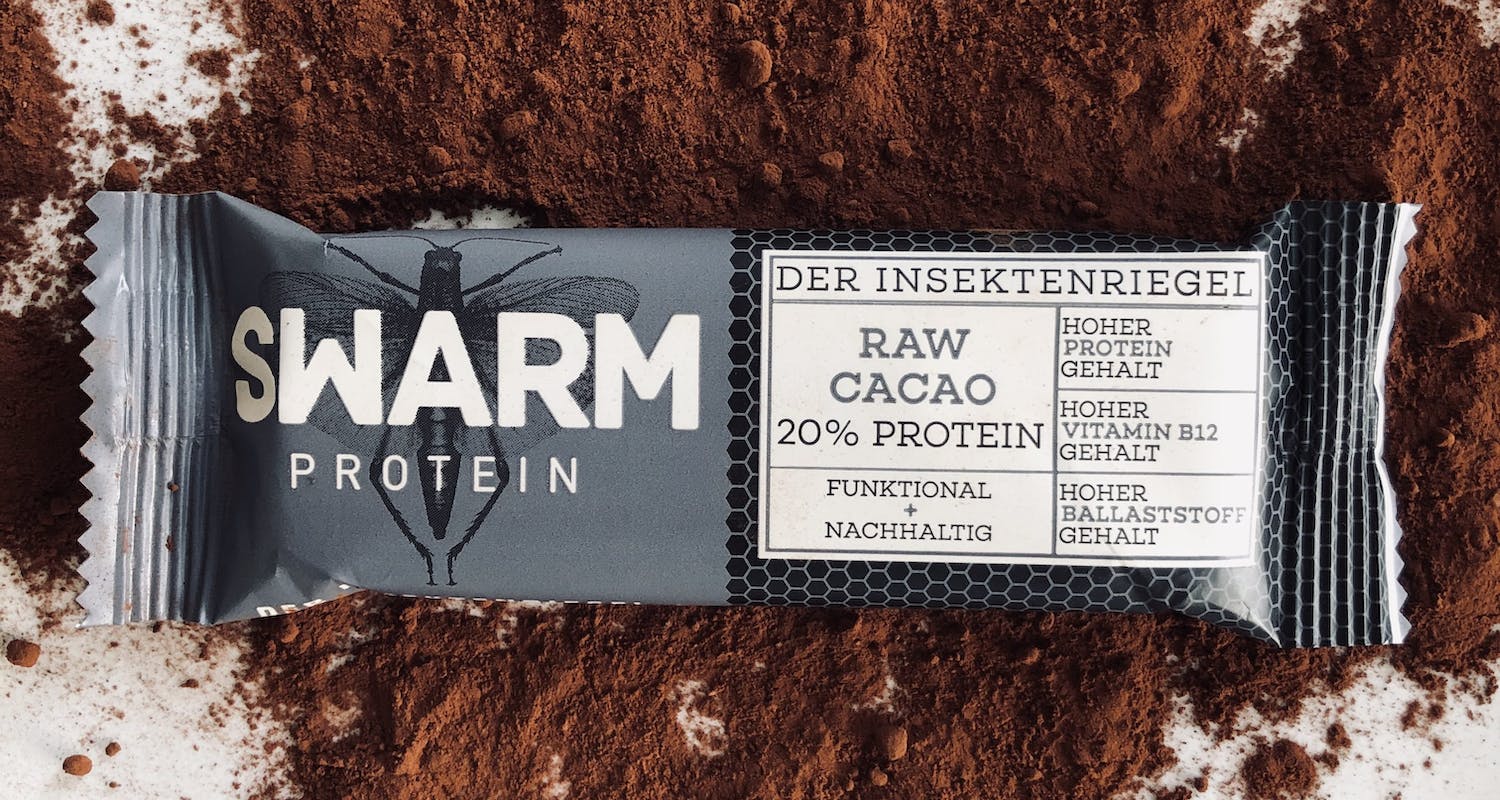 Slowly but steadily, the first edible insect products are starting to go to market. Swarm Protein bars are one of the first insect products that can no longer only be found in specialty stores in Germany but in well-known supermarkets like REWE and Famila. Swarm was started about five years ago by two German guys as an initiative in a new market focusing on two main aspects. First, they bring insect protein and all the great nutritional benefits to those that need it most: athletes. Second, they reap the sustainability benefits of using insects as a protein source rather than any other. Oh, and last but not least they aim to make the acceptance of eating insects a little easier. Unfortunately, it is pretty safe to say that edible insects are far from commonly accepted in the Western world for now, but that's also why we decided to start this blog! One thing can be said for sure though. Swarm protein bars are one of the first that can be found in the supermarket these days and have therefore set the first step towards acceptance. So, they are up for a test! 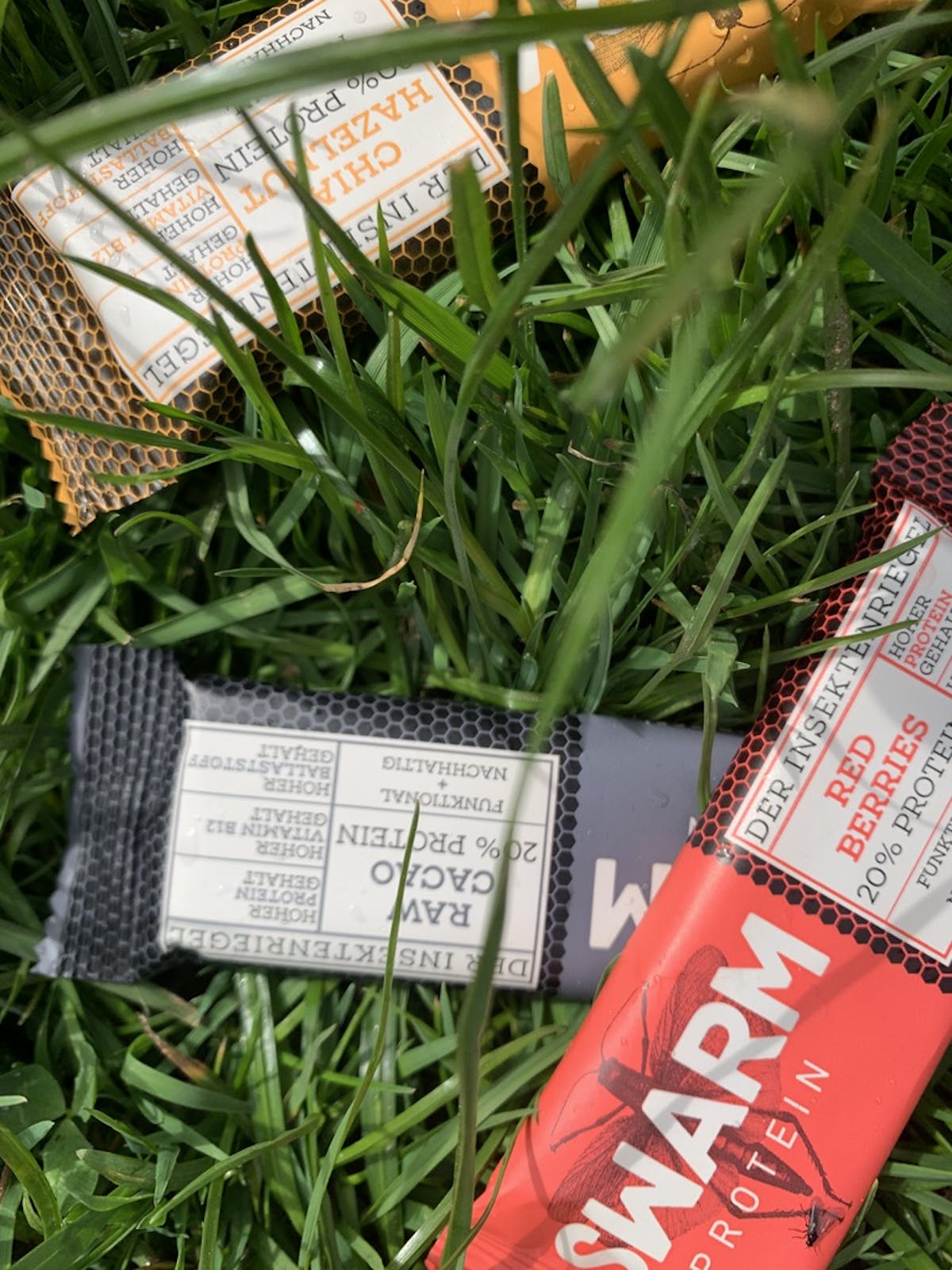 Swarm Protein offers three different bars: Chia Hazelnut, Raw Cacao and Red Berries. All three varieties are primarily made from dates, cricket powder, flour, oats and nuts. All of the bars contain only 17% cricket powder, so the actual amount of insect you are eating with one bar is rather low. Quick math: one bar is 33 grams in total, of which 17% is cricket, meaning you are eating 5,6 grams of insect. Let's hope it doesn't kill you! Some more of the nutritional facts: every bar has about 30% fat, 40% carbs, and 25% protein (yes these numbers don't add up but there are minor differences between the different bars). On a more micro-level, cricket powder contains a lot of B12 (read our article about this here) and the bars also give you 9 grams of fiber per 100 gram so your bowel will appreciate them too. Summarized, one bar provides you more or less with the following goodies:

Enough with the boring facts, so let's move on.

But how does it taste?!

You've made it this far, so now you've earned it. The first thing we noticed is the structure of the bars: they are dense, have a good bite and don't crumble so you don't need to be afraid that you end up with cricket leftover on your clothing (sidenote: cricket powder doesn't stain, we've tried). Having eaten many "regular" protein bars before too, what struck us is the fact that they taste way more natural than most others. We really enjoy some protein bars, but many of them also taste very artificial because of the (sweetened) protein powder. The Swarm Protein bars, however, do not taste artificial at all and have quite a natural taste. This also brings us to the next point: do not expect to be amazed by the (insect) flavour in these. All of the bars have a nice nutty taste, but whether that is from the cricket powder or the nuts that are in the bar as well might be hard to distinguish for people unfamiliar with the taste of cricket. The taste is nothing new, and definitely far from the yuck-factor, and can therefore give a welcoming sneak-peak into the taste of insects. When it comes to the different bars, we liked Raw Cacao the best (potentially because we simply absolute love chocolate). Chia Hazelnut is rather plain, and frankly doesn't have too much bursting flavour in it. Red Berries and Raw Cacao give a little extra as they do taste like cranberries and cacao respectively. Depending on your taste, we would therefore recommend either red or black.

The bars have a nice nutty taste, but does this come from the insects or the nuts they use? 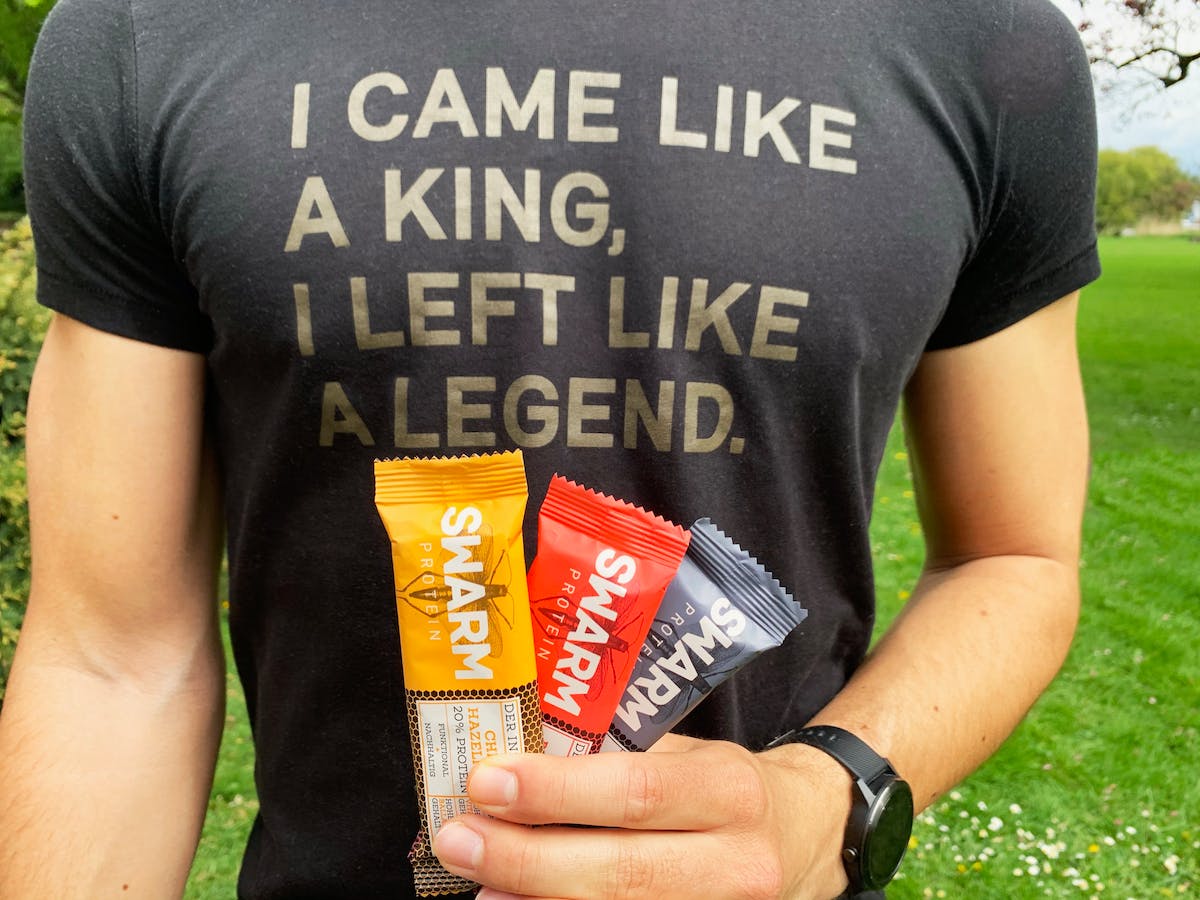 Stay strong and get your protein in after a workout