Delicacies that were once taboo

TL;DR: Many foods we love today were once taboo or considered inedible. We believe edible insects are next in line to be called a delicacy and superfood.
Photo by Bruce Chapman on Unsplash

Oysters have been through several states of rich- and poor-people's food throughout history.

Not every food out there is an immediate hit from the beginning. Some of the delicacies and globally renownded foods today, had a completely different image sometime in history. It is obvious that the image of edible insects still has quite a way to go to make it to the list of delicacies, but history shows that anything can happen!

The avocado is the best example of the power of social media these days. Today, it is considered a superfood, pops up in your Instagram feed on about every fourth scroll, and there even is an Avocado Latte for the real foodies. But before guacamole became a big thing in Mexico and America, nobody really knew what to do with this berry (yes, the avocado is a berry) that looked like a green pear with a rough skin. Before it was named avocado it was even called "alligator pear".

The dip that started the success was marketed heavily during the early 1990s for the Super Bowl: as a dip for crisps you're eating while watching [1]. And with the rise of guacamole, and the increasing recognition that the avocado is a superfood and Instagram-hit, it has now become one of the most famous foods in the world.

Before the avocado became popular, people called it an alligator pear.

Back when the European settlers reached North America, the lobster was so plentiful that they were used as a fertilizer and fish bait [2]. After all, how could something that was so abundant and was depicted as the cockroach of the sea, be pleasant to eat? Many people didn't even dare to think about eating it, and thus used it in different ways such as on the farms.

So what changed? Turns out it takes a new form of transportation (back when the railway started in America) and a World War to get people to enjoy the taste of lobster [3]. By the end of the second World War, lobster had become scarcer and people enjoyed eating it. Demand went up, and thereby also the prices. These days, lobster is fancy and found in restaurants at "market rate" - we are unfortunately too poor to know what that means exactly.

If there is one other perfect example of a food that became popular because of pollution and that was considered gross before, it is the oyster [6]. The oyster has gone through several stages of being cheap or expensive and thereby either for the poor or the rich. Having been around for as long as we know, it became a delicacy during the Greek and Roman Empire, was overproduced and became super cheap in the 18th and 19th Century, and most recently (in the last Century) it was overharvested which has driven up the price again.

Overharvesting and pollution are the biggest reasons they are not abundant anymore. Because people still enjoying eating them though, they are again considered a delicacy and mostly eaten on special occasions. But let's be fair: an oyster still does not look too pretty and also doesn't even taste that awesome.

Another current-day superfood that was once considered a poor-mans food. Quinoa was a go-to source of carbs and protein in South America until the Spanish came and started looking at it as dirty and food of the Indians - an image that unfortunately remained for a long while [5].

Over time, quinoa started to win over more and more people because of its health benefits and nutritious qualities: a new superfood was added to the list. Especially for those not eating meat, quinoa is a popular choice as a "protein-rich" carb and one of the few vegetarian sources of complete protein [7]. 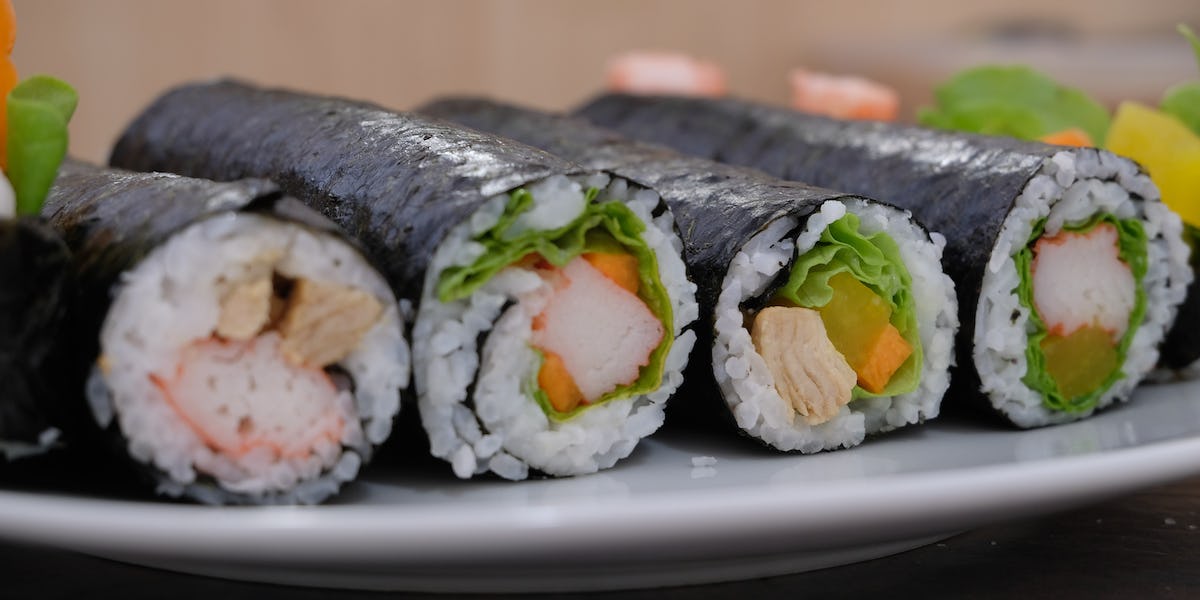 Before the entire world started to love it, sushi was just a technique to preserve raw fish.

As trade became global in the 1960s, sushi made its way to America, where restaurants began experimenting with it. The famous California Roll - an "inside-out" sushi roll - finds it name from America and became one of the most popular variants of sushi in America and Canada and influential to the popularity of sushi worldwide. It even became so popular that sushi has become a "modern classic" found worldwide. And the classic also keeps reinventing itself, with recent new additions to the "sushi-genre" such as sushi bowls or sushi burritos - what's next in line for sushi?.

Since some of the finest celebrity chefs on the planet decided that cooking with polenta is a great benchmark for your skills, polenta has become so much more than food for the poor.

Originally though, polenta was just a corn meal mush that was time-consuming to prepare - up to 3 hours (!!) of constant stirring - and didn't even taste like much [6]. A bad image of polenta was born. But there is one positive thing about something being time-consuming and not even that tasty: it is a challenge! If someone could make polenta delicious and worth the time, that person had to be good at cooking.

And that's exactly what happened. Chefs started to show off with their tasty polenta and people started to enjoy it, and nowadays the corn meal you buy is even ready to be eaten within as much as 20 minutes and has taste!

If price is an indicator for food being a delicacy, then insects have already achieved that status: due to the small scale edible insects are farmed at, the prices are still pretty high. But it's actually so much simpler than that: instead of thinking or believing that the foods above were gross, at a certain point in history people simply started to enjoy eating them.

Yes, these foods were once taboo. But because of certain societal factors that changed and the taste of these products, they became popular. And insects are far from lacking in taste! Why else would one of the world's best chefs use bugs in his famous $200 tasting menu [8]?

History shows that cultures can change their ideas and opinions about certain foods and what they like, and slowly but steadily more and more farmers and producers are adopting the idea of edible insects. So who knows, maybe the next superfood and social media hit that was once a taboo will be edible insects?!